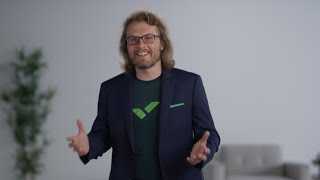 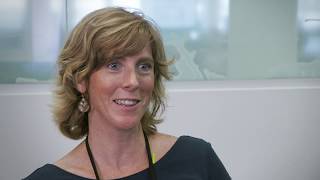 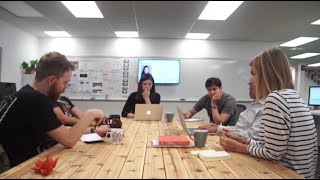 Wrike really change our approach in collaborating project, the process has been simplified and we...

Wrike really change our approach in collaborating project, the process has been simplified and we manage to cut the time to finish our project compared to before using Wrike. Integration with other software is doable and adding value to the software.

Wrike is really easy to use for managing our sales and marketing related project, we has the all the tools that much needed to managing a complex and resource rich project. Collaborating project with multiple department is smoothly run and we are using the messenger platform to coordinate and communicate quickly.

The feature and tools in this software is great, but that is another story with is user interface. The graphic design is not helping us to move faster, as many of the icon design is almost identical and sometimes confusing me. Sometimes, the system is not refresh automatically and i need to refresh it manually to get the real-time update.

We had a great workflow in working a collaboration project with Wrike, all communication is happen...

We had a great workflow in working a collaboration project with Wrike, all communication is happen in the software and we can ditch the old way of email and other messaging apps. I will recommend small and medium enterprise to jump to this software.

Creating a task and sub-task, assigning task owner and tracking task progress and completion percent of the task. Adding a new user and giving them a ownership and privileges over certain feature is easy. Sharing a resource and document also is an option with this software. Editing the configuration and dashboard layout help me to working with this software faster as i know all the location of my tools.

There are new feature introduced to the software, but there are no video tutorial attach with it. I need to study the feature my self and try it for my self. Integration to other service or software is possible, but it comes with additional fee to do it. Other than those two problem, i really like all other feature in this software.

Not My Favorite Product

We had a good implementation specialist helping us to configure the product. It wasn't as easy to...

We had a good implementation specialist helping us to configure the product. It wasn't as easy to train others on it, so we weren't able to use it everywhere we wanted to. In some areas, it's intuitive, in others, it's very clumsy.

A few things solidified my decision in discontinuing use of the software:

At the end of the day, creating a project plan and moving between formats/views caused my plans to list in alphabetical order, then reset, then tasks disappeared, then reappeared. Tasks would move, then return to where they were, and then duplicate. This was a badexperience when you're trying to make a basic project plan, and I ended up in MS Project, then simply exported it for my immediate need. It was much simpler.

Another reason was their lack of support. I had issues with the billing and customer success sides. At one point, our statements were being sent to the wrong person, after I had asked to be the main contact. Then they deactivated our account with no warning, and when I asked they said "it's written on the invoice". I supposedly had access to a CSM, but they never called. When I asked to be contacted by a manager, I was told they would call me and they never did. I also ended up with a credit on the account, after they shut it down saying we hadn't paid

I liked the ability to collaborate, both internal and external. I also liked the Trello style boards for tasks, as well as the ability to mention people and easily improve communication flows. The implementation was decent.

The scheduling feature was very buggy, the drag and drop feature was not flexible, and the customer service was non existant. The billing wasn't right, they do not contact you unless they want something, and the product purpose can be replicated using other tools (Monday, MS Project, Excel/Trello)

It's flexible and there are multiple ways to look at projects/task depending on how users like to see things. For example as a list, Gantt chart, table or Boards which is really handy as we have designers and programmers who work very differently.

The decision to go with Wrike was also skewed by the ability to have external collaborators join the team.

The ability to add custom fields makes it easy to add information required.

Being able to track time on each task is also really useful and easy for everyone.

New features are being rolled out frequently and Wrike is fast catching up on the areas I thought were lacking initially.

The flexibility and customisation makes it a bit confusing to start with, and I also found that the initial set up we had was not optimal. This was the first time we used a Project Management system to this extent, so this may be more of a user error issue.

The "CRM" workaround I don't think is worth the trouble.

The pricing model is the one that I think lets Wrike down the most. I understand the reason for a minimum of 5 seats, but every increment after this is in 5 seats as well. For a small business, this is a real issue in my view. This is also the case for additional features, many of which are only used by Admin, but are invoiced for each seat.

Pleasure experience working with this software, we have modernize on how we managing our project...

Pleasure experience working with this software, we have modernize on how we managing our project and we can get a real-time progress tracking after using Wrike.

The fact that i can accessing to this software to get update on my project that i collaborating with my colleague is the biggest point. Wrike can be access from my web browser and need no software installation with it. The graphical design for the software is minimal and clean, and it not messing my eyes after hours of time staring at the software.

We can't adding all the employees on the company to have access to the software, as it will cost more based on the user using it. On other word, it is expensive for small and medium organization to own the software. There are no new feature introduce to the software, and the current bugs takes month to get fix.